From humble beginnings to influential science

From making antibodies on Campus in the 1990s to mentoring new Accelerate@Babraham start-ups, Dr Jonathan Milner has a long, dedicated and collaborative relationship with the Babraham Research Campus. 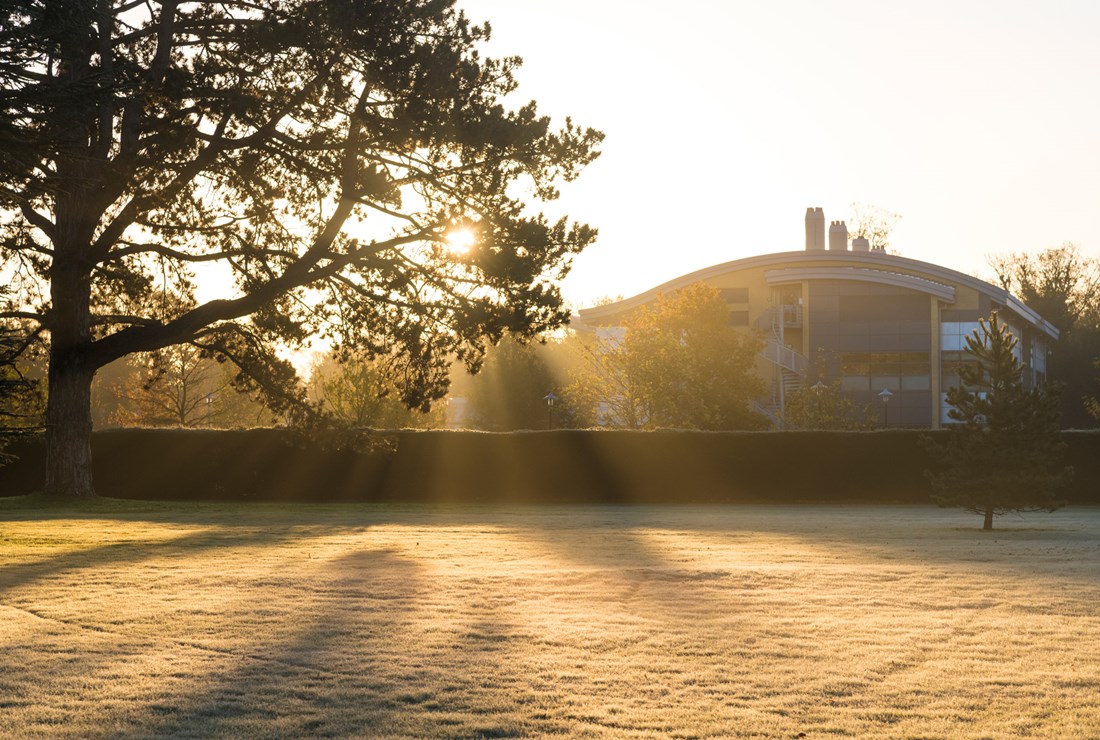 Jonathan is an experienced entrepreneur and investor with a passion for supporting UK life science and high-tech start-ups. He has provided investment and support to more than 70 companies and is currently CEO of Meltwind Advisory offering guidance for early-stage healthcare and biotech companies.

Alongside his own journey from post doctorate researcher to co-founding the multi-billion-dollar Abcam, he has seen the Babraham Research Campus develop from a small collection of buildings to being in a position to advise government and make a significant impact and contribution to the UK life science ecosystem.

“The biggest change over the past two decades is the sheer scale of activity and triumphs,” says Jonathan. “It’s just been astonishing how many Campus companies have gone on to become really successful. Babraham was a small Campus and now it’s got enough scale that it really is able to make an impact. It is a huge, important part of, not just the Cambridge life science ecosystem, but the whole UK life science ecosystem, influencing and advising government. It is built on success and is a hive of activity.”

Jonathan gained his doctorate in Molecular Genetics at Leicester University after graduating in Applied Biology at Bath. From 1992–95, he was a post-doctoral researcher at Bath, following which he worked at the University of Cambridge in the lab of Professor Tony Kouzarides researching the molecular basis of breast cancer. He identified the market opportunity for supplying high-quality antibodies to support protein interaction studies, and in 1998, founded Abcam with David Cleevely and Professor Kouzarides.

Jonathan says: “The first time I discovered the Babraham Research Campus was when I started making antibodies with the Antibody Unit there when I was doing my postdoc. When I started Abcam, it was natural to outsource antibody production to Babraham. Since then, I’ve been involved in several Campus-based companies and it’s such a privilege to be involved with the Campus and witness it become so successful over the years. It gives me a thrill seeing all those wonderful companies come through and be nurtured. I’ve been part of the fantastic Accelerate@Babraham programme since the beginning and I so enjoy meeting and mentoring all the young entrepreneurs, it’s great fun.”

As incubators and accelerators didn’t exist when Jonathan founded Abcam, he puts his initial success down to kismet: “It was pure luck. And that’s why I give back in any way I can, supporting other entrepreneurs to build their own businesses and being part of Accelerate@Babraham.

“I wanted to start a business but I had no idea how to go about it. What really started it was coming to Cambridge which I only did because my wife had secured a job in the city. I found Tony Kouzarides’ lab, at what is now the Gurdon Institute, and he employed me as a postdoc to work on breast cancer which was amazing. It was the best research time of my life. The support and brains available in Cambridge were astonishing.”

Serendipitously, one of his wife’s new work colleagues was married to David Cleevely who Jonathan met at a Christmas party: “I was sitting next to David and he asked what I did. I explained that I had this amazing job but that I also had this idea for a business. I didn’t realise he was an entrepreneur himself with a very successful telecoms communication company called Analysys. For two years, David basically gave up every single one of his Saturday mornings where we would sit in his office and talk about the business, how we are going to build it, and he gave me the benefit of his expertise, alongside Tony. I was still postdoc-ing when David, Tony and I founded Abcam. It became very successful and we took on to the Stock Market in 2005”.

Right: Jonathan wants to support other entrepreneurs to build their own businesses. 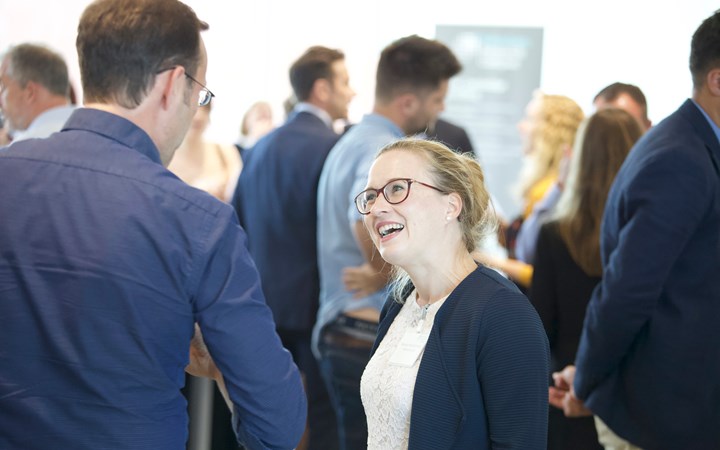 Paying back to the cluster

This sense of repaying what he was given in terms of mentoring is something that still drives Jonathan today: “I’m into building businesses in life sciences and putting back what I got in terms of mentorship and encouragement from the Cambridge network of expertise that helped me to build a company. It was all about support; having those entrepreneurs around you, the University which is incredibly supportive, and places like the Babraham Research Campus.”

Informal networking in Cambridge has also led Jonathan to become part of some incredible success stories, investments and collaborations: “I was sitting in a pub with Chris Torrance, CEO of PhoreMost, back in 2008 and he said ‘I’ve got this little bit of IP out of the University of Washington and I want to build a business with it’ and I said ‘OK, we’ll do it’ and I put a little bit of money in. That idea became Horizon Discovery and we got that onto the Stock Market.” Chris then went on to found PhoreMost, which Jonathan was also involved in.

Healx is another company formed by Jonathan, Dr David Brown (ex-Pfizer and Viagra inventor) and tech entrepreneur Tim Guilliams: “Again, I got in really early. We got together at The Judge Institute and Tim explained to me that artificial intelligence was absolutely going to revolutionise drug discovery. Dave was such an advocate of this that we formed Healx and that’s gone on to become really, really successful and I've supported that by raising money across multiple rounds”.

The thrill of the ride

There’s an immense enthusiasm and devotion in the way Jonathan talks about the early-stage healthcare and biotech companies in his portfolio and the wider Cambridge Cluster.

“There is nothing as thrilling as building a business from scratch and being involved with that growth,” he says. “I’ve done that with a passion for the last 16 years, being actively involved in building businesses and my portfolio is virtually 100% life sciences. It’s the thrill of the ride that motivates me. A huge part of my investment portfolio is at the Babraham Research Campus; F-Star, Definigen, Axol, PhoreMost, Evogenomics, bit.bio the list goes on and on. It’s absolutely wonderful.

Right: "There is nothing as thrilling as building a business from scratch." 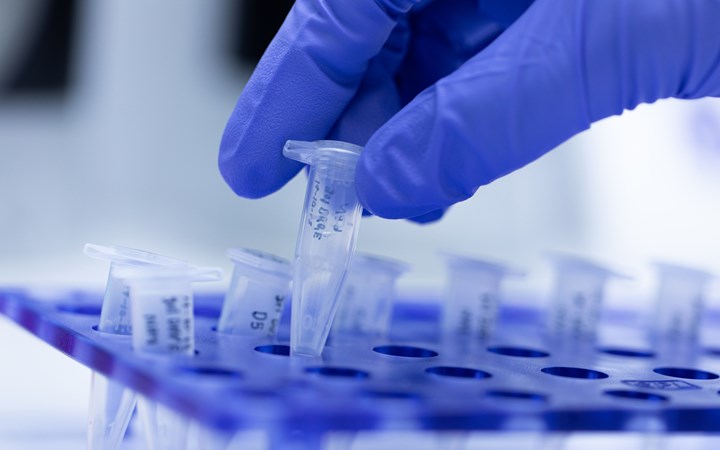 “My current investment activity consists of about £20 million per year out of my own fund and that’s approximately across six new businesses. Building businesses, networking, raising finance, growing companies, bringing in support to help scale-up when they can become successful either on the Stock Market or a successful exit - that is basically what I do!”.

Looking to the future

As of March 2020, the UK life sciences sector, mainly driven by the activity in and around Cambridge, Oxford and London, also known as the ‘Golden Triangle’, contributed £74 billion to the UK economy.

Jonathan feels that the future infrastructure and connections between these three cities is crucial: “We can’t become insular, it’s just not going to give us that scale that we need to develop the UK life sciences industry. It’s really important that Cambridge has connections with Oxford and London, where I spend a lot of my time. Transport options between Oxford and Cambridge need to be improved because it’s just such a pain to get over there”.

He adds that, looking further afield, the links with the US are also incredibly important; not just as a market but for talent and expertise too: “I see quite a few successful businesspeople in the US life sciences industry that want to come to Cambridge, UK. They can get a good quality of life here, the opportunities are truly amazing, and the scale and size of the companies can support their ambitions. It’s really, really important that we build on that. Success builds on success, and the more Cambridge-based companies that become really successful, the more people will want to work in Cambridge, and it becomes a virtuous, upward cycle”.

The current challenge facing the whole sector, is space to scale. Jonathan says all the other ingredients are here: “Everything you need is here in Cambridge, all in one place. You’ll find whatever you need; whether it’s a bit of equipment, some talent, a mentor, the University support. Basically, the tools and network that’s necessary to build companies, it’s just there, it’s just easy.

“One of the big challenges that we’ve got at the moment is access to space linked with the ability to scale. The risk is they get to a certain size and then they have to move. If we want to encourage businesses to a scale and stay in Cambridge, we need to free up a bit more space and build new buildings.

“There’s a lot of potential space to build at the Babraham Research Campus and it would be great to see this happen and allow more companies to be part of this lovely working environment. I’ve always been struck by how beautiful it is. It’s like you are in the countryside, even though you’re really not far from Cambridge city. It is easier to get to, there’s no traffic and you can just relax, get your head down and work without being distracted by all the noise and bustle of the city. I have got so many interests on Campus; I’ll see two or three companies at the same time on one visit.”